The past two days have granted me the fortune of many a summit view. I am often queried by folks for advice regarding running training, usually for ultramarathons, and I almost always feel somewhat sheepish in my response. I know that people are merely interested in what, empirically, has worked for at least one individual to achieve a certain measure of success in a discipline that they themselves are interested in maximizing their respective potentials, but I'm always afraid that people will feel a bit miffed when they hear my seemingly overly-simple approach.

When I left the frustrations of my collegiate running and racing career behind, I resolved to follow a much more intuitive, mountain/trail-based, often excessive, typically fueled-by-joy, approach to my running that doesn't easily lend itself to the logic and rationality of more typical running performance programs.

So, my advice is typically: think of what inspires you and use that to fuel your running. I happen to be pretty intensely inspired by mountains, so as a result of doing it consistently, and doing it with joy, over the course of a season I tend to improve at the singular skill of running up and down mountains. Which is typically what trail ultramarathons ask us to do. So that is what I do in my training. I run up and down mountains. Not coincidentally, I enjoy it. To a certain degree, I believe in doing the things that make me happy. (I'm not entirely prepared for an in-depth discussion of the finer points of John Stuart Mills' theory of Utilitarianism, so I'll just leave it at that.)

This week has seen me run up and down a lot of mountains.

On Wednesday I needed to be in Boulder for a meeting regarding my graduate research, so I planned for an early morning of running up mountains before my 9:30am appointment. Boulder's western skyline is dominated by the uniquely slicing profiles of the Flatiron peaks, three in particular: Green Mountain, Bear Peak, and South Boulder Peak, all of which top out somewhere between approximately 8100' and 8500'. 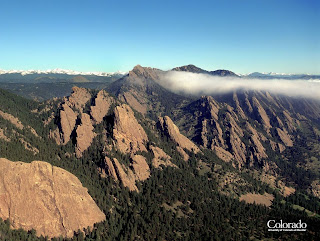 I've run Bear and Green a few times before, but there seemed to be a certain pleasing symmetry or aesthetic to summiting all three in the course of a single run. Additionally, I wanted a full tour of what will soon become my backyard, home ascents. However, after 2:20 minutes of running, and a total of four summits (Bear twice), I knew that I'd be attempting the next day's run with an unadvised level of residual fatigue. 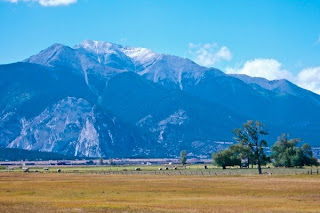 On Wednesday evening, my buddy Alex and I sat on the tail gate of my S-10 pickup with its convenient, hinged loft and fiberglass cap--my cozy living quarters of The Roost--and ingested our respective dinners. I chowed on PB&J after PB&J while Alex drank cold soup from the can. Deep in the valley carved by Chalk Creek, Mt. Antero and Mt. Princeton looked down on us from either side. The occasional mosquito buzzed. We discussed the possibility of giardia in Baldwin Creek. I contemplated a third PB&J.

Suddenly, a beat-up red Jeep Wrangler came bombing down the rough Mt. Antero road at an alarming rate. The vehicle rolled to a stop at our roadside pull-out and bobbed ominously. Alex commented on the clearly broken front left shock.

The driver leapt from his seat with a swagger as if the endless jouncing of his downhill ride had affected his inner ear. It probably had. With his stringy hair in a ponytail, John Lennon glasses, a Lebowski goatee, and dust-covered clothes, this man was a sight.

"You fellas headed up the hill tomorrow?"

"Yup." I'd decided on the third sandwich and was in mid-construction.

A worthy question, but a bit strange coming from another human being that had clearly just been somewhere up on that hill. Indeed, why were Alex and I going to run up that hill tomorrow morning?

"To see the view." The smart-ass in me takes over sometimes.

"A lot folks go up there for a lot of different reasons. I've got a claim up there with aquamarine in it. I'll give you guys something with zero agenda and expecting nothing in return."

With that he reached into the pockets of his filthy jeans and pulled out two of the tiniest crystals of somewhat bluish-colored, quartz-looking material. Neat. He happily roared away in his Jeep that was visibly listing to the left.

The next morning, we enjoyed precisely 19 seconds of flat warm-up before leaning into the 8 1/2 mile hill that lay before us and getting to work. Antero features an excellent mining/jeep road for 7 1/2 miles of the climb. At 13,700' the road ends on a flat shoulder where the aquamarine can be found. Alex commented on how the surrounding mountains looked like the Alps. A certain amount of snow is decidedly aesthetically pleasing. 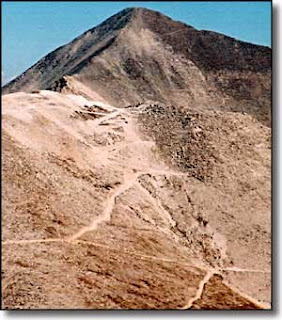 A certain amount of wind is not. For the last mile of the climb, our existence became that of merely surviving the wind. Fighting, defying, pleading with the wind. The trail climbed straight up a steep talus ridge for the last 500' of vertical and on this we entered that world where emotional objectivity disappears and only the screaming, unflinching, uncaring wail of the cosmos can be heard. It could be terrifying if one lets it.

And then, as if we'd entered the eye of a hurricane, the very pinnacle of the mountain was an incredible, eery refuge from the battle being waged immediately below. Alex and I sat at the summit, amazed. Sitting on the summit of a 14,000' mountain in central Colorado is like standing on a bluff on the California coast and staring west into the incomprehensible vastness of the Pacific Ocean. The immensity of the void, the sheer scale of the landscape, the unquantifiable nature of what you are viewing, is, most of all, humbling. I am nothing. These mountains simply don't care. Despite all usual evidence to the contrary, I am clearly not the center of the universe.

But then the Canadians we'd passed on the way up huff their way to the summit, the spell is broken, and it is time to go. Alex and I step not three feet below the peak and the raging hurricane returns. The next 10 minutes are, upon reflection, comically hair-raising with the wind trying with all its might to send us spiraling into the great beyond, but soon enough we are back down to the road, have once again shed our shirts, and tuck into the glorious descent with the giddy glee that can only be induced by having just touched the top of a mountain. It never gets old. 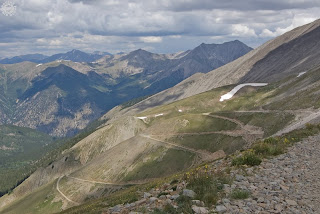 (A view of the descent.)

I liked the conversational elements of this post a lot. The human side needs to come out more.

"Despite all usual evidence to the contrary, I am clearly not the center of the universe." - proof that you are not Jesus.

The idea that one can be present to the journey is the real gift of what we do as we run up and down mountains. Thank you for putting into words what that means to you on your journey..

It was like being placed into a "story" -- loved it!

Tony maybe you can help --- feeling pain right now in the tendons of my right ankle... kind of sucks 'cause my running is being affected. Any suggestions other than R.I.C.E?

Thought I sensed someone bouncing along the peaks here Wed. 2:20? I feel some local record times being replaced soon... Looking forward to having you around here.
tl

If you need to go to Boulder any more this summer and need a place to stay, let me know. I'm not in Boulder proper, but close enough.

Bear twice? How about Sanitas and Flagstaff? It will be fun having you around.

Running may be as much blue collar as mining. Both are steeped in hard work, toil, and sweat........both on assignment to unearth a diamond.

Thanks for the trip Antero, it's been a long time since I too encountered a few jeeps on my summit trips.

I lived in Boulder for 20-years. I only wish that I was a runner then. Truly a unique town surrounded by perfect running and cycling trails/roads. Enjoy every minute!

glad i stumbled upon your blog... you remind me of the Boddhisattvas of old... glad you joined us on the journey to teach us much.

I have a friend that he always had dreamed to run around those mountains he said that it is something that he has to do before he die.