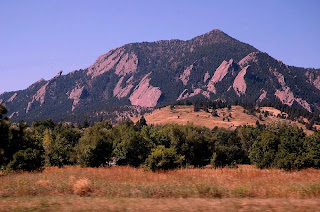 Living in The Roost has some serious perks. Such as: never having to "pack" for any road trip. Ever. Never needing to rent a motel room; The Roost comes fully equipped with a lofted futon matress. Complete mobility; The Roost has wheels. Somehow Jocelyn more than puts up with this; she seems to enjoy it nearly as much as I do. How am I so lucky?

We needed to be at DIA at nine o'clock the following morning, so after sweeping and mopping Provin' Grounds' floors Tuesday night, Jocelyn and I piled into The Roost and made the trip past Climax Mine and over Fremont Pass, down into Summit County, through the Eisenhower Tunnel (yes, the Continental Divide is an imposing barrier...I have an idea, let's go underneath it!) and down the 6000' vertical feet to the Front Range. The combination of automobile and interstate highway allows for mind-boggling coverage of ground.

We pulled into Boulder well after dark desperate for sleep. Jocelyn is in the process of returning from a nearly five month bout of plantar fasciitis and has been living at sea level in San Diego, so 50-60min runs at 10,000' for the past week were epic for her. I'm always tired.

Sleeping in The Roost in a city can be nerve-wracking the first few times. There is a troubling sense of doing something ever-so-vaguely...illegal? frowned-upon? uncouth? depraved? There is a low-level discomfort with the possibility of being caught. Doing what, though? Sleeping?

Once, in Flagstaff's Buffalo Park parking lot, Jocelyn and I were rousted from our slumber at 1:30am by a policeman. We had been nestled snugly on the ground, poorly hidden on the far side of Jocelyn's (not so sleeping-compatible) car. I was so deep in sleep that I had thought Jocelyn imploring me to wake up was part of a dream. The cop, however, was merely trying to do us a favor. We weren't doing anything illegal, per se, he said, but that a cruiser would probably come by periodically all night and we wouldn't get much sleep. We thanked him and moved deeper into the woods. 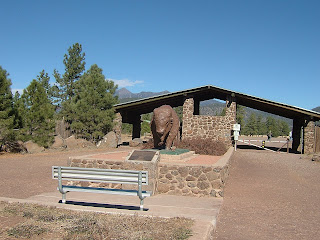 By now, though, I have The Roost and few nerves. Thermolite sleeping pads cover The Roost's tinted windows and block out the streetlights and beams of oncoming cars, eventually allowing for a comforting sense of privacy in the night's darkness to take over. Soon I feel like a voyeur on the rest of the world instead of like everyone is looking at me. Young couples coast by unknowingly on bicycles, returning home from a night out on the town. A television can be heard through the open windows of a nearby home.

At 5am my alarm goes off. I stumble out the back of The Roost, sit on the curb to lace up my shoes in the pre-dawn glow, and trot down the street. The warm night air of the Front Range barely even allows for goosebumps on my skin. I am shirtless in anticipation of the effort about to commence.

I am planning a reasonable run of Green Mt. and Bear Peak before looping back and meeting Jocelyn at the Boulder Bookend Cafe on Pearl Street for a pastry and some caffeine. Today, three days out from this weekend's race, I want a solid effort, but nothing overly stressful. Running up 9th street, my legs are sluggish. My body doesn't appreciate the early morning sojourn and my legs are still feeling a 36 mile double crossing of Sugarloaf Pass two days prior.

At Chautauqua, the sun has still not broken the horizon. My jog over on the Baseline trail does nothing to inspire confidence in my ability to scale this peak that has been nothing but painful for me in the past. I briefly consider the more gradual route of the Gregory Canyon and Ranger trails, but soon resolve to follow my original plan of the much steeper Amphitheater-Saddle Rock-Greenman route. I specifically want to do something steep so that Mosquito Pass on Saturday won't feel so unreasonable.

For some reason, the minute I hit the first big rock and log step-ups of the Amphitheater trail, my body's energy is renewed. I've never felt good on this section; today I have more than enough power to run up this section as if it were smooth trail. My mood instantly brightens.

A few minutes later, so does the sky. Shortly before the Greenman trail intersection approximately half-way up the mountain, the trees open up and an expansive view of Boulder and the eastern horizon is impossible to ignore. This morning, the fiery orb of the sun is just making its way over the curve of the earth, and luckily, the spring in my legs is enough that I am able to enjoy this spectacular view without breaking stride.

Above here the trail is briefly much flatter than the prior section and I happily stride out, ecstatic in my legs' ability to take advantage of the more favorable terrain. Typically, I'm barely surviving and just trying to recover through here. Maybe there is some benefit to regularly running up prohibitively steep grades at altitudes 5000' higher than what I'm experiencing here. Oxygen tastes good.

Finally, when the trail turns to a series of log steps and then a couple talusy switchbacks, I know I am near the top and I edge the effort past that of an enjoyable, solid run to that territory where breathing comes only in staccato, desperate bursts and the legs no longer feel so springy and responsive. By time I tag the summit post, it has been 33:12 from the Gregory Canyon trailhead (the beginning of the climb) and it takes me another 12 seconds to scale the summit rock and take in the western view of Rocky Mountain National Park and the Indian Peaks.

On the run down to Bear Creek Canyon my legs enjoy that boost that comes from running hard and fast and my mind turns back to Jocelyn and The Roost. It will add 20ish minutes onto my run to summit Bear Peak and descend Fern Canyon, and, this being my last few hours with Jocelyn before she leaves the state, I would rather spend those 20 minutes with her. This morning, 2800' of vertical will have to be enough. 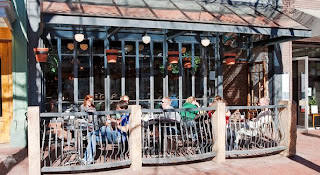 Just as I get back to The Roost on Pine Street, I meet Jocelyn finishing her own run on the Boulder Creek Path and we express mutual joy at the abundance of oxygen, the brilliant green foliage, the extra moisture at this lower elevation. Minutes later we are in street clothes, sitting together at a sidewalk table and sipping cups of tea. There is an underlying angst at the prospect of being apart in such a short amount of time--we must soon leave to finish the drive to DIA--but for these few delicious minutes we both know how fortunate we are to be young, together, in the mountains, running, and happy.

Now that is what I call freedom. Enjoy.

Keep posting. There are a lot of us out here who wish they could do what you do on a daily basis. Enjoy every second (it sure seems like you do) that you are able to run free from a lot of the restrictions that we all have. (kids, work, etc...) All those things will come in their own time.

Good reading Tony! What about bio breaks and showers whilst roosting?

I found the juxtaposition of the freedom of the Roost - and then the 5AM alarm clock amusing. Hope to see you out there on Green soon. Good luck this weekend.

We have to see some photos of the Roost.

Tony, thanks for letting us annoy you in the bib pickup line today. Good luck out there tomorrow.

"but for these few delicious minutes we both know how fortunate we are to be young, together, in the mountains, running, and happy."