The Rogue River Valley of southern Oregon in general, and the town of Ashland in particular is home to a, shall we say, vibrant and active community of trail runners, often of an ultrarunning persuasion. Accordingly, there is a holiday party in Ashland each December whose revelers are composed primarily of ultrarunners and friends of ultrarunners.

At this past year's shin-dig, Rob Cain (co-emcee, party host, co-director of Ashland's Siskiyou Out and Back 50K (SOB), president of the Ashland Woodlands and Trails Association, general awesome dude) presented Kyle with the illustrious "What the F---!?!?" award for his unprecedented run at the Hardrock 100 last summer. Apparently, according to Rob, this award is descriptive in its nature, of the only rational response that a performance like Kyle's Hardrock should elicit from any knowledgeable observer. 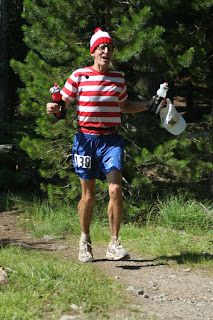 Since that evening, I have expanded Rob's use of WTF to help categorize other exemplary elements of my life. After this morning's run, I can say with confidence that the Maroon Bells Four Passes Loop is an excursion worthy of the WTF tag-line.

At this point in my short life, it makes an even shorter list (in no particular order): 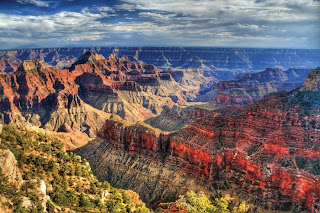 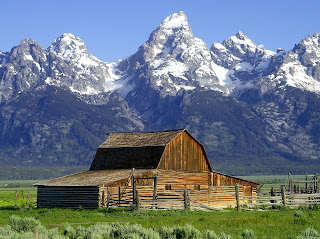 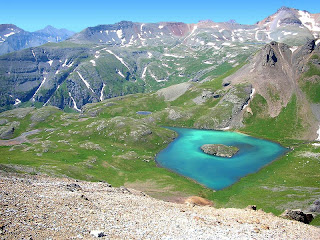 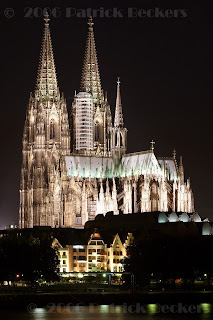 I made the trip over the pass to the Aspen area under cover of darkness yesterday evening. Driving Independence Pass at night is something I try to avoid, simply because the views are so outstanding it seems a crime to miss them. However, the subsequent view of the Milky Way might have made up for it.

As a result, when I rolled out of the back of the Roost this morning in the trailhead parking lot at 9500', I was in for a treat. I have seen the Maroon Bells multiple times. I've even run a double crossing of 12,462' Buckskin Pass before (the first of the four nearly 12,500' passes of the day), but these prior experiences seemingly did nothing to prepare me for the view of the sun rising on the Bells this morning. 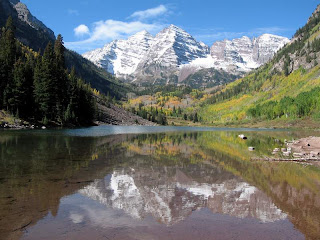 (The Maroon Bells, with Maroon Lake.)

North and South Maroon Peak--both over 14,000'--stand sentinel over the valley. Their presence is regal, unflinching; their pyramidal faces exude a sense of complete security in their unquestioned authority, their immutable timelessness. Long after all the mechanized, frantic, desperate skitterings of those two-legged pests below has finally permanently ceased, these mountains will still be there. And they know it.

The Bells are the centerpiece of the valley, but all visible horizons are adorned with craggy, striated minarets from which fall streams of water. Entire mountainsides can be seen to be blanketed in flowers. Suffocating in flowers.

The run begins with a shortish jaunt up the valley over exceedingly rocky trail, from Maroon Lake to Crater Lake. At Crater Lake, the loop starts and the climbing begins in earnest. I punch up the 3000' of vertical without effort nor concern. The sheer beauty unfolding before me is almost overwhelming, however. The top of Buckskin Pass is crested with a 15-20 foot high frozen cornice that the trail conveniently skirts. From the apex, the scenery somehow improves. The Bells have been traded for the still snow-covered Snowmass Peak and Mountain. Snowmass Mountain is another 14er.

The trail down from the pass is impeccable. It is expertly constructed and picks a perfect line down into the next valley. At the base of its granite reaches, however, are the silky cerulean waters of Snowmass Lake. The contrast with the white stone is stunning. As I stride through this section and start the 1700' ascent to Trail Rider Pass, a thought occurs to me. I wish I could transplant my eyeballs into every human head, transmit my sight to the masses, identically relate the felt experience of moving effortlessly through this landscape. If that were possible, if people could see and feel and drink in this beauty, there is no way that strife could exist in the world, I think. War, money, material goods, their importance would cease to dominate the national, the global conversation.

Of course, this is not true. World War II was fought in the Alps. The San Juans of Colorado are some of the most mine-ridden mountains in the country. How has beauty ceased to inspire? 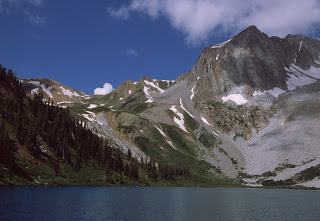 As I begin the 2200' climb to Frigid Air Pass, the obligatory WTF moment occurs. I round a bend and there before me, in all its unexpected cascading glory is King's Falls. 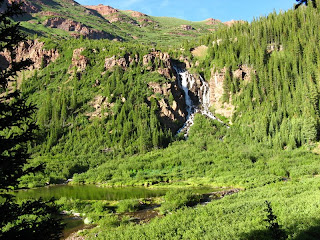 However, after three hours of running, my legs finally begin to feel the ache, a little. The accumulated fatigue catches up with me as the trail turns to a stream running from beneath a remnant snowdrift above me. Soon enough, though, I am over the top and plummeting to the traverse over to West Maroon Pass. Here, the crowds begin. On the final stretches of the final pass of the morning I scoot around more people than I've seen on the entirety of the preceding trail.

The descent down the West Maroon Creek valley stretches on a bit longer than I expect. At times the brush is so thick and deep that I can't see my feet and I pray to not trip on a rock. I encounter hiker after hiker making their way up the valley. Many are burdened by impossibly large packs and I try not to be smug about the paucity of goods I carry: one 16 oz bottle, one 3 oz jacket never retrieved from where I tucked it into my wasteband this morning, the foil from four 1.1 oz GUs.

Finally, Maroon Lake is in sight, but my legs feel so good, and the morning is so flawless that I am almost saddened by the end of the run. Four hours, 46 minutes, and 55 seconds after leaving the trailhead, I am back. I jog a 15 minute cooldown and resist the urge to log still more time. I am satiated, though, and I need to save some of this feeling for next weekend's race and return to the Pacific Northwest.
at 3:09 PM

Damn, I think that is a new FKT. Nice work!

"Long after all the mechanized, frantic, desperate skitterings of those two-legged pests below has finally permanently ceased, these mountains will still be there."

This is an absolutely awesome line but stealthily reveals your foreboding of the human apocalypse. Do you have an exact time for this prediction?

Also, what type of temps are you experiencing at 10,000 ft this time of year? I went for a run today and it was freaking 97 degrees. If I move to Colorado during the summer can I avoid that?

Respectfully, you are like Aragorn with a writerly touch! Carry-on, ultra one.

I'd be curious to hear more about your thoughts on Ed Abbey, considering he mentions many of your beloved running destinations throughout his books.

Ouray through Tomboy down to Telluride is my WTF run..

The city of Telluride, where i lived for 8 years is my town.. plenty of crazy people who love the out doors and a few ultra runners.

Good thing others have no desire to enter the forest and see what you, i and a few others see.. else there would be nothing there..

Awesome, you never fail to inspire with your writings. I wish i could go running with you just to learn some of things that make you such an awesome ultra runner. I feel there is so much you could teach.

anton check out these videos

I'm curious though -- nearly 5 hrs and only a 16oz bottle...are you refilling at streams? If so, are you using any sort of chemical treatment? Thanks.

What race are you doing next weekend?

Once again I am kicking myself for running in Oklahoma.

He's listed on the start list foe the white river 50, along with hal koerner. Should make a fast race

Awesome post.I needs me some trail

This is an absolutely awesome line but stealthily reveals your foreboding of the human apocalypse.
___________________
Julie
No Credit Checks instant Payday Loans

I wanted to thank you for this excellent read!! I definitely loved every little bit of it. I have you bookmarked your site to check out the new stuff you post. I am writing on this topic, so I think it will help a lot. I leave my blog address below. Please visit once.! 카지노사이트

Your blog provided us with valuable information to work with. Each & every tips of your post are awesome. Thanks a lot for sharing. Keep blogging 토토사이트

Your web site is great. I was extremely touched by this post. I'm so pleased to locate the write-up I have actually been seeking for a long period of time. I covet the amount of individuals sympathize with your writing. You discover a great deal of expertise from my writing. 카지노사이트

"Excellent blog you have here.. It’s difficult to find quality writing like yours nowadays. I really appreciate individuals like you! Take care!! 온라인카지노

This is really interesting, You are a very skilled blogger. I’ve joined your feed and look forward to seeking more of your fantastic post. 텍사스홀덤사이트

Wow! This can be one particular of the most beneficial blogs We have ever arrive across on this subject. 슬롯머신777사이트

This is extremely helpful info!! Very good work. Everything is very interesting to learn and easy to understand. Thank you for giving information.
스포츠토토

Hurrah! Finally I got a website from where I be capable of truly take helpful facts regarding my study and knowledge. 온라인바둑이

Incredible post I should state and much obliged for the data. Instruction is unquestionably a sticky subject. Be that as it may, is still among the main themes of our opportunity. I value your post and anticipate more. 메이저저사이트