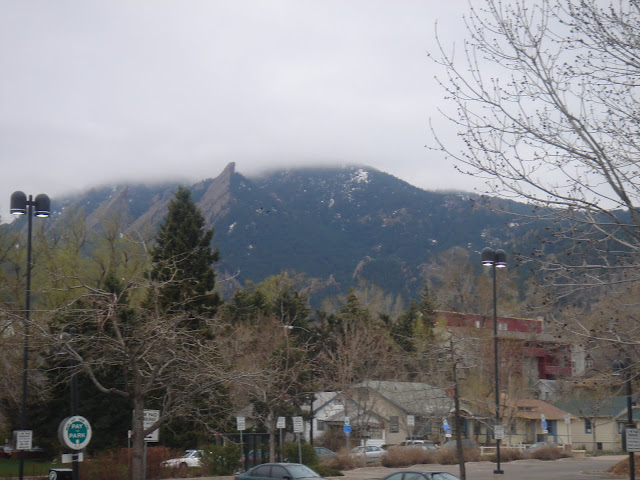 (Green, stuck in the clouds today.)
"Damn, dude, you're killin' it!  Two laps today?"  This man was noticing that we'd already passed each other once on the Gregory Canyon trail, maybe twenty minutes earlier.
"This is four, actually."
"Four?!?!"
Of course, seeing as I was about a third of the way up my fourth ascent of Green Mountain today, I hardly possessed the energy nor inclination to further avail this man of the fact that I had taken the time--in between the 2nd and 3rd reps--to interject an additional 3000' of climbing and 18 miles of running out in Walker Ranch and Eldorado Canyon.  Plus, within another mile or so, the day caught up to me and I was most definitely not "killin' it" anymore and was just doing whatever I could to get to the top at something faster than what felt like a snail's pace.
. 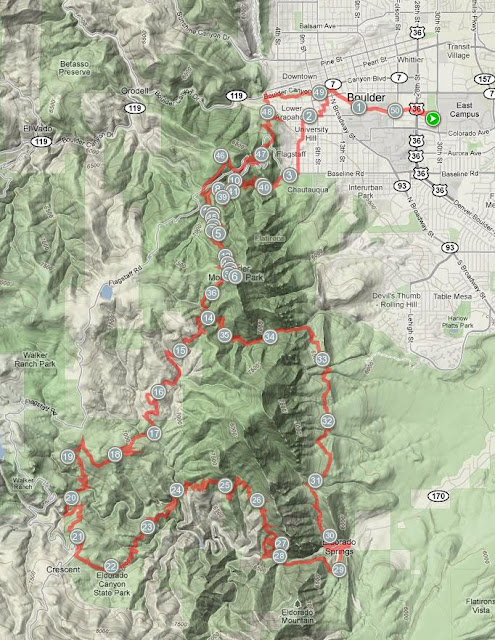 (A reprisal of last weekend, plus a couple extra ascents of Green Mt.)
On the whole, though, today was probably the best day I've had in the mountains since before Leadville last summer.  I knew I wanted a final long run before the Miwok 100K in two weeks, but was unsure about what form I wanted it to take.  A double-crossing of the Grand Canyon?  Pressing academic projects precluded the amount of travel time such an excursion necessitates.  A 50 mile race?  Maybe Leona Divide?  Spring Desert Ultra?  My competitive nature would almost certainly drive me to run too hard and jeopardize my subsequent effort at Miwok.  I've learned that I can't run "training races" (an oxymoron if ever there was one).  So, I turned to my backyard--Boulder County Open Space.

(50 miles, 7h30min, 4 x Green Mt., 13,000' vertical.)
After jogging up to the trailhead with Jocelyn, I kicked off the day with two ascents of Green Mt.  The first one passed in a snappy 36:40 that was surprisingly effortless.  It's always nice to see the benefits of taking Friday relatively easy.  Thanks to being warmed up, round two felt similar to the first, except I climbed a full minute faster for a completely unexpected five second PR on the Gregory-Ranger route of 35:35.  Clearly, I'm in shape to go a lot faster than that if I ever get around to time trialing it. 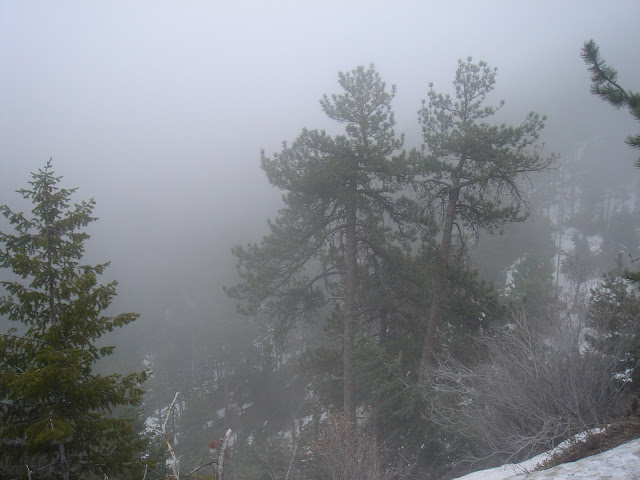 (Fog on the Ranger trail.) 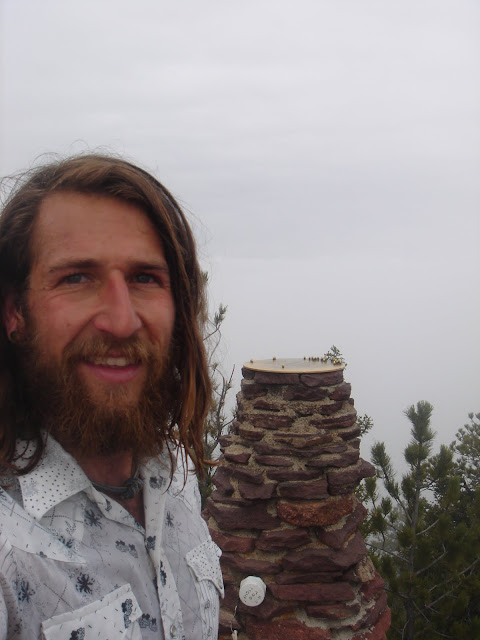 (Summit #122.)
The circuit around Walker Ranch was a joy.  I'd taken my first gel at 1h30 and one every hour after that, and the earlier fuel seemed to be allowing me to maintain a higher intensity deeper into the run.  From the Ethel Harrold trailhead I cruised around the loop to the Eldorado Canyon singletrack in 56 minutes, and then 28 minutes later was chugging water at the State Park visitor center.  High on the Eldo trail, I enjoyed maybe the best views of the day: low, misty clouds had been draping the mountains all morning, and, with it's summit obscured, Eldorado Mountain on the other side of the canyon looked gigantic. 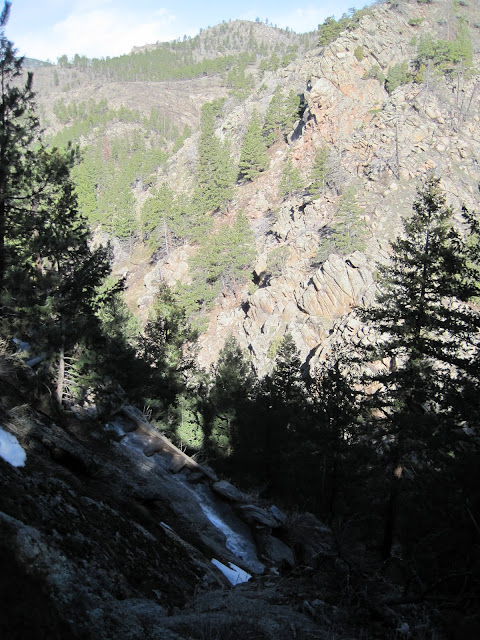 (The stairs down to South Boulder Creek in Walker. Photo: Lucho) 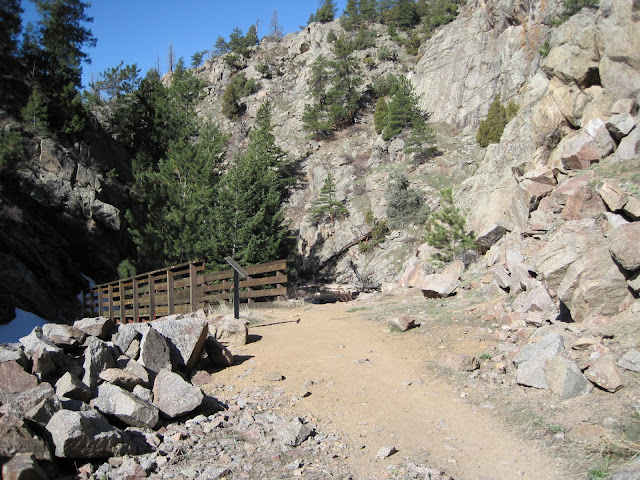 (The bridge crossing the creek. Photo: Lucho.)
Descending off the Fowler trail down into Eldorado Springs, I anticipated the Old Mesa climb with trepidation.  This extremely skinny, rocky, somewhat overgrown half-track generally hurts.  I'd been running a quick pace for more than four hours at this point, had already ascended over 7000', and rain was beginning to spit from the heavy clouds.  Instead, I ran up the 700' rise with little effort.  At the top, my extra energy allowed me to maintain a fast pace that would keep me warm in the rain, and by time the Mesa trail reached Bear Canyon I'd decided I was going to turn up it for a bonus ascent of Green.
Once back down at the Gregory Trailhead, I dropped my bottle and turned around for one more climb of the mountain.  Finally, on the ridge above the Ranger Cabin, my day-long euphoria came shuffling to a bit of a stilted halt.  The increased gradient exploited my slowly-eroded caloric advantage, and I had to reach into my pocket not once but twice for a gel in order to stimulate some kind of peppy response from my legs.  Fortunately, three GUs in the span of only 30 minutes seemed to put me back in the game and above the 4-way junction, my legs again felt curiously sprightly.  On the descent I spontaneously bopped over the top of Flagstaff and descended down to Eben G. Fine before running the Creek Path home for a (quick) soak in the creek itself.
Running isn't always this easy.  But, on the days that it is, it's a pleasant reminder of the exquisite awards that can be reaped by consistently perservering through the long winter months, injuries, and other detractors.  It's been a long, long time since I could just go tearing off through the rocks and woods with daylight and fuel being the only limiting factors to my voyage.  I am equally grateful to have the arena for such opportunities exist quite literally in my backyard. 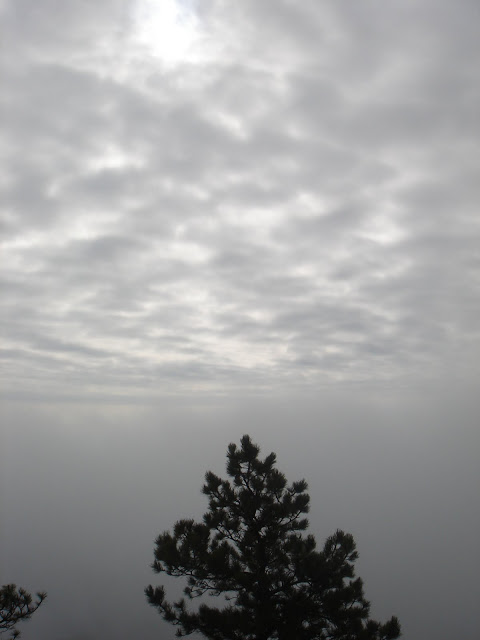 WOW! You looked fresh when I saw you coming down Ranger.

Simply exquisite! Blaze on that man!

That's great! It's so cool to have been reading from 4-5 months ago when two hours was the most you could do without knee pain, and now you're doing 7+ hours.

Anton - Not only are you a great runner but your blog writing makes me want to see the trails for myself. All the best for the Miwok 100 up ahead.

Just curious - do you do road races at all or do you only run train ultras?

lol aggressive comment by the guy before me, but anyways, I have a couple questions about the new balance 101 that is coming out so i though why not just ask you, umm
first of all do you know if new balance is keeping the 10mm drop in the 101's or are they going to make it a true flat and do you know if they did anything about top of the heel to reduce cutting into the back of the ankle? thanks and im sure the guy who commented before me couldn't run around the block, anyways if you can help me out thx and if not keep doing what ur doing with the blog, i truly enjoy reading it and good luck at miwok

To the anonymous poster directly above me: the only reason I'm deleting your comment is because of the excessive and gratuitous vulgarity. If you want to comment, you need to do two things: A) don't post anonymously, and B) try using a little more imagination with your swear words.

The 101 does retain the 10mm drop, BUT be looking for a suite of very minimal shoes from NB within the next year that will have a 4mm drop. Believe me, based on the prototypes, 4mm feels basically flat. Also, the heel issue has been addressed with the 101 by using a softer collar material.

thanks for the response, got me excited now, are those new nb's going to be a trail shoe or more of a road racing flat? basically what im trying to ask if you can tell me is do you know how much longer those are going to be released after the 101's or are they coming out at the same time in next years line up, so i know whether to purchase the 101's as soon as there released or just wait for these new ones

Well, we missed you in the Canyon anyway. But daaaaammm ... (good call on the s-caps by the way).

Thank you for sharing. Glad to see you.It is really a good post.http://www.nba-lover.com/
http://enjoy-life-online.com/
http://www.cheapdiscountbagsonsale.com/