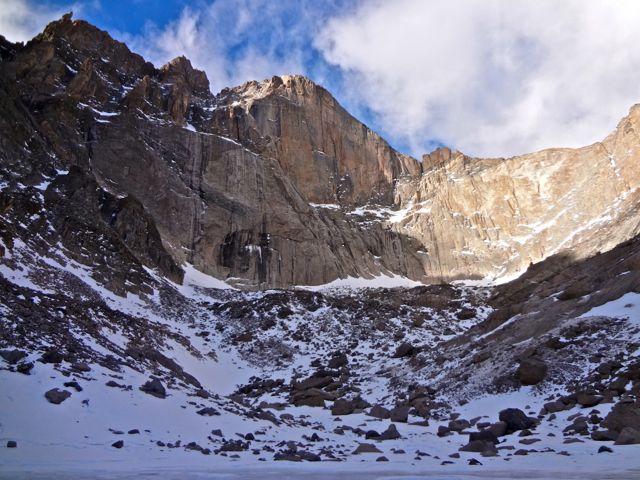 Anton, nice week you had. What do you wear/use for traction for the running parts of your outings?

Court5km - I used Kahtoola Microspikes for most running traction needs on snow/ice, and Kahtoola KTS Steel Crampons for the more technical steep/deep ice and snow on the high peaks.

Sweet pics! the sky & mountians look crazy cool.
I am Jules, I live in NZ. Was wondering if I would be able to help out or crew for you at Tarawera 100k in march? :) my detz are juliana.vankampen@gmail.com
cool thank you :)

Hey Anton. I have what seems like peroneal tendonitis. How did you fix it when you had this injury?
Good luck with your running
Greg

I hope the hip is doing well. Have you run in the MO80s? How do they compare to the 110s? Thanks in advance for any info shared.

1. Warrior 1 yoga pose 20 seconds- 5 times throughout the day.
2. Find the knot deep in your quad and have your GF dig her elbow into into it at full body weight and hold for 1 minute until it's gone. Do this every other day. I have had a few bouts with this issue and it has always been very deep anterior quad knots that cause the pulling in the flexor.
3. Big strip of KT/Rock Tape from just above patella to lower abs, passing over the psoas. Horizontal strips over the pain points (in your hip and the quad knot down lower).

Great week in Colorado!
Could you tell me which tights and layering do you wear for winter running?

Greg - I've never really had any serious peroneal tendonitis. My long-suffering shin injury was periostitis, which is an inflammation of the sheath (periosteum) around the tibia. Mine was on the medial side, where the posterior tibialis attaches to the bone.

Brad - I don't have any experience with the MO80s.

SV - Many thanks for the suggestions. This nag is turning into a real pain. Acupuncture does seem to really help a lot, though.

Alexandre - It all totally depends on the wind/temperature and everyone's tolerance for cold is different, so it's hard for me to give any meaningful suggestions. I have different weights of NB tights, depending on the temp, and on the upper body I just use standard layering techniques...a tech short-sleeve T base-layer, a varying number of insulating layers over that, all usually topped with a hooded wind jacket. You just have to experiment.

One thought that I might give to you is to look in other possible issues...not sure what your symptoms are but if they involve a chronic "groin pain" and lower abdominal pain that seems to never fully go away. For example when you rest it goes away but as soon as you start your daily training again it comes right back.

If this is the case then you’re a prime candidate for what’s called a "sports hernia" totally different from a true hernia.

I attached a link...and I know of a great doc who specializes in sport hernias and works on the CO Rockies Pro Athletes. It’s normal for runners to get it and it’s fairly a new sports injury that's easily mis-treated as chronic groin pain or hip flexor issues. And only a specialized doctor knows what to look for when dealing with them.

Basically, it’s small tears of your lower ab's that attach to your pelvic bone.

Its relative easy issue to fix it does require surgery but your back on your feet within 3-4 weeks and for the most part there is no more flare ups.

I’m not saying this what you have, just trying to offer other options to look into as it sounds like your having chronic hip flexor/groin pain….. and that’s what sounded the alarm in my head.

You could also have what’s called….

What are you doing on Mardi gras this year Anton

Your new movie "In the High Country" is going to be awesome! I just saw it on IRunFar.com and I must admit it sparked new fires in my motivation tank.

1. When exactly when it will be release and where it will be sold ( I assume online via Ultimate Direction's Website?)

2.What is the song used in the beginning?

Dallas, the song is 'Seeding' by Tyler Keene.

I´ve been running about 2.500 miles on a 110 pair. They really worked and the most important thing is that I´ve been able to forget injuries for about one year.

The problems comes when I talk to New Balance to get another pair and they tell me that them aren´t able in Spain. BUT, I´ve seen a new MT10v2. My question is... Is basically a MT10 with another colour combination? Have you use them?

Wondering if we could see each other this year in some spanish mountain and run together ;) (Sorry about my poor english).

Thanks a lot and regards,

Hi Anton, like me on facebook and you can check out a preview of your new movie. Ha ha
Nenet Susa Heart Rate Based Training
I loved the clip and can't wait to see it. I hope it tops unbreakable because that film rocks.
" I'm stabilizing now"

Top Ten PTC Sites Ever which you can make money online with just clicking, Best upgrade plans to make upto 10 to 15 Dollars daily without any Registration or MemberShip Charges
You can join any time from your home, just visit the website and start earning from home
Probux.Com(Best PTC Site)


welcome to our shop,my shop website is hollister milano and Abercrombie and Fitch .

Mountaineering is often called Alpinism, especially in European languages, which implies climbing high mountains with difficulty such as the Alpines. A mountaineer with such great skill is called Alpinist.
Customized T shirts

Hi to all I am new person to the blog.I want to share about the best photo sharing app through your blog.

lauren other items with sale price also,free and fast shipping.